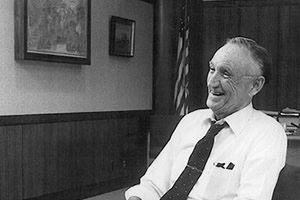 The Mike Mansfield Fellowship Program was established in honor of Ambassador Mike Mansfield. The legacy of this unique program is a reflection of the inspiring and humble U.S. statesman for whom it was named. 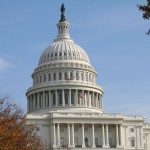 The Mike Mansfield Fellowship Program was created through legislation co-authored by Yoshimasa Hayashi and Daniel Bob for U.S. Senator William V. Roth in 1991. The U.S. Congress enacted the legislation into law in 1993, and the Mansfield Foundation began recruiting for its first class of Mansfield Fellows shortly thereafter.

At the time of its enactment, the Mike Mansfield Fellowship Program was envisioned as a training course to identify promising U.S. federal employees with a career interest in Japan and to train them to serve as experts on Japanese politics and culture. Ambassador Mike Mansfield, the longest-serving U.S. ambassador to Japan from whom the program is named, liked to call the U.S.-Japan relationship “the most important bilateral relationship in the world, bar none.” The Fellowship is a reflection of the importance of the relationship. It remains a completely unique program in the U.S. government, and allows the United States more effectively to promote its interests in Asia and more comprehensively understand its closest friend and ally in the region.

The program was originally designed to be a two-year program, with one year of language training in Washington, D.C. followed by one year of professional placements in Japan. Since 2013, the program has operated on a one-year schedule. In its new format, Fellows receive compressed, intensive language training for seven weeks, followed by ten months of professional training on assignment in the Japanese government. 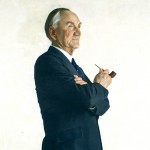 The story of Michael Joseph Mansfield’s prominence in U.S. government and international statecraft begins far away from the esteemed halls of Congress and the foreign streets of Tokyo. He was born to Irish immigrants in New York City and lived a hardscrabble childhood that took him around the United States. Fate brought him to Maureen Hayes, the moneyed daughter of a Montana family, who later became his partner in life and the principal inspiration of his career. With Maureen as his partner, he escaped the copper mines of Montana eventually to serve in the Senate Majority Leader’s chair for the longest period in that insitution’s history, and to represent the United States as our longest-serving Ambassador to Japan. Learn more about Mike Mansfield »