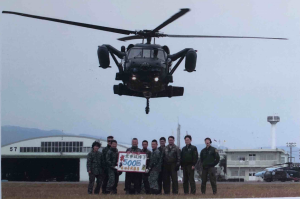 On February 4, Captain Barlow will be speaking at a seminar in Tokyo, co-hosted by the Mansfield Foundation and the National Graduate Institute for Policy Studies (GRIPS), about the future of the U.S.-Japan security alliance. More information on that event is available here.