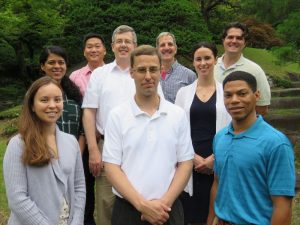 On July 1, nine federal employees from the twenty-fourth class of Mansfield Fellows departed the United States to begin their year-long Fellowship in Japan.

The newest group of Fellows enjoyed several days of orientation activities in Tokyo, and will next be traveling to Kanazawa for two months of intensive Japanese language training. The Fellows will return to Tokyo and begin their placements within Japanese agencies in September.

The Mansfield Foundation also welcomed home members of the MFP 23 class, whose Fellowships ended on June 30. We look forward to their continued engagement on the U.S.-Japan relationship throughout their careers in U.S. government! 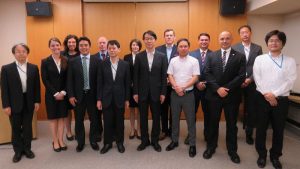 The twenty-third class of Mansfield Fellows met with representatives from Japan’s National Personnel Authority to celebrate the successful completion of their time in the Mansfield Fellowship Program.