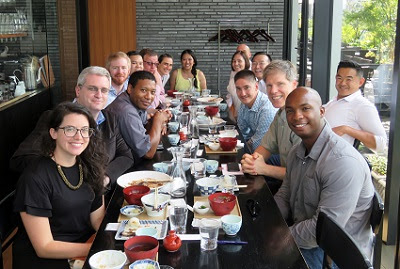 On July 10, the new Fellows began a seven-week homestay and Japanese language immersion program in Ishikawa Prefecture. The program began with an opening ceremony at the Ishikawa Foundation for International Exchange (IFIE), where the Fellows will pursue intensive Japanese language study. Please click here to read an IFIE blogpost in Japanese about the opening event. In addition to strengthening the Fellows’ Japanese language skills, this portion of the Fellowship Program introduces the Fellows to Japanese culture and local government leaders and policy experts before they begin ten months of placements in Tokyo.