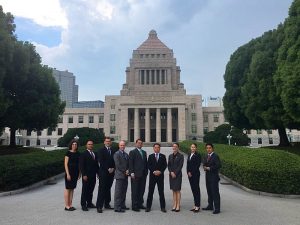 The nine Fellows from this year’s class began their placements with Japanese government agencies this week.